Lucy, Ivy And A Lifetime Of Bull Terriers | DogLife360 Skip to main content

Lucy, Ivy And A Lifetime Of Bull Terriers

They might look fearsome, but they have the softest hearts

Pig dogs, land sharks, the gladiators of the canine race, a toddler in dogs clothing … whatever you call English Bull Terriers (EBT), it highlights one thing – their uniqueness. I grew up with these oft-feared dogs and can tell you one thing for certain: they are lovers not fighters, through and through.

In fact, I’ve lived with Bull Terriers since before I was born! My parents in their infinite wisdom decided to get a male EBT pup a year before I came along. ‘Muscles’, they named him, all white with two black ears; and despite the research (a lot trickier 30 years ago in the pre-Internet age!) the eternally optimistic defiance of the Bull Terrier puppy nearly broke them! ‘Your thing has been in our garden again!’ a note from a neighbour read, when for the umpteenth time, Muscles had escaped and decided to play on next door’s bed linen hung out to dry.

What larks, jumping up and spinning round and round the washing line after all! In the Great Storm of 1987, when all other dogs were quivering under tables, Muscles barked relentlessly to go outside... and my pregnant Mum was forced to oblige – only to spend the rest of the night distraught with worry when Muscles refused to come back in, bounding around the garden chasing debris. In the morning, he was found fast asleep in his kennel with the roof blown off, covered in the detritus of the storm - just another fun day in Bull Terrier land!

Between uncontrollable ‘mad fives’ zooming around chasing tails (once resulting in accidentally breaking my Mum’s leg when his massive bullet head connected with her shin bone), eating whole avocados, potatoes, vindaloo (actually literally anything left unattended for a fraction of a second) and unrivalled stubbornness during training, Muscles loved nothing more than his family... especially me.

With my Bull Terrier as my best friend when I was growing up (and 2 others thereafter) it was no surprise that, as soon as I was able, I got my own silly Bull Terrier. After Muscles, my parents had rescues, as did my Aunt, so I knew a rescue place called Absolute Bull Terriers (ABT). EBTs do very poorly in conventional rescue centres, such is their love of human companionship, so specialist EBT organisations exist, usually rehoming from foster homes.

After meeting up with Danny from ABT, who knew my family was well experienced with the breed, and undergoing a home check, it was time to wait for the right dog to come up. One day we got the call – a 5 year old bitch named Ivy was being re-homed because her owners had too many dogs and she was ‘food possessive’. We went to visit her and it’s fair to say that as soon as we got in the car it was obvious that we wouldn’t be coming home without her, no matter what.

She was a big girl, at 40kg - having been overfed (they have insatiable appetites) and with sore paws due to allergies (another white Bull Terrier problem). However, after a few months of doggy weight watchers and a change in diet, she was a new dog.

Unlike most bull terriers she was very well trained (well, for an EBT…) People often think they are stupid, but actually they just have selective hearing and will rarely do anything unless they want to – after all, what’s the point otherwise? ​​​​​​​

Due to her food requirements – we use Akela dry food which is all natural, grain free, and as close to raw feeding as you can get – and medication, her upkeep is quite expensive. Unfortunately, Ivy has suffered from Mast Cell tumours, not uncommon in bull breeds, and, being an older bitch, she suffers from repeated urine infections; all of which has cost £1000s over the past few years, so insurance or a doggy savings account is a must for this breed! But she is worth every penny.

Like all EBTs she is just full of love and a complete personal space invader, who lives for cuddles and just being by your side. When we’re out for a walk, she loves to meet anyone and everyone, preferring people over dogs any day of the week, and if you meet another bull terrier owner, or a lover of the breed, a knowing look and nod is all that’s required to kick off a conversation with endless tales of how ‘They’re all the same’ in their clown dog ways.

You can’t go a day without a smile with a Bull Terrier in your life – I think it’s scientifically impossible. What other dog can fall asleep in a wheelbarrow or on the stairs, or get its head stuck in the ramparts of a French fort? My husband and I both work full time, which meant Ivy was alone 3 days a week (pre-Covid) for long periods. Being an older dog, and with my neighbours popping in to walk her at lunch, this routine worked well, as she just slept the majority of the day.

Covid times however have changed all this, and I’m now at home full-time, this has led to Ivy becoming quite clingy (a problem many dog owners have experienced) which is going to be tricky to tackle when normal life resumes, I fear. I have a very busy schedule holding down a full-time job, studying for my MA, and freelance work as a Historian - but we always find time for a walk or playtime in the garden each day.

Ivy is nearly 8 now, so it doesn’t take much to tire her out and when the day is over we collapse in a heap together in front of the TV. She’s joined me on trips to the battlefields and has become a bit of a canine celeb in the military history world, even being immortalised in the History Hack cartoons!

It is true that English Bull Terriers are not for the faint-hearted, they know their own minds and are not easily swayed. They also need good socialisation and a firm hand when they’re puppies, or they will rule the roost. Unfortunately, because of their reputation for originating as a fighting breed (this was not the case, they were bred as a show and family dog by James Hinks) they often end up in the wrong hands, and there are always many that require rehoming. This can be challenging, but the Bull Terrier will give you everything and more back in terms of love, companionship and happiness - for they are never more content than being someone’s best friend. 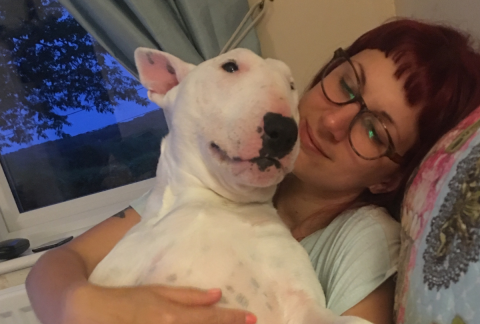 Lucy Betteridge-Dyson is a Military Historian with a growing reputation among her peers and followers. You can follow Lucy and Ivy on their private Twitter account: @LMBD1418

Are You Searching For The Perfect Dog Bed?

How I Became A Devoted Dachshund Mum 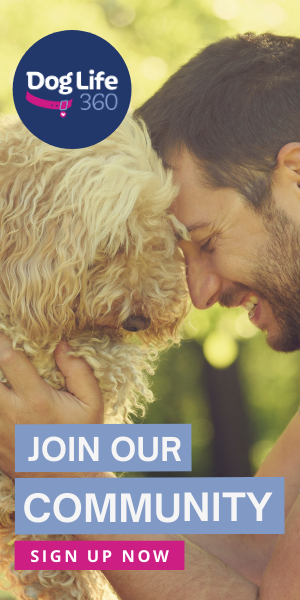 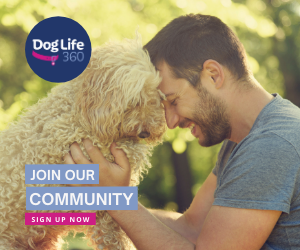 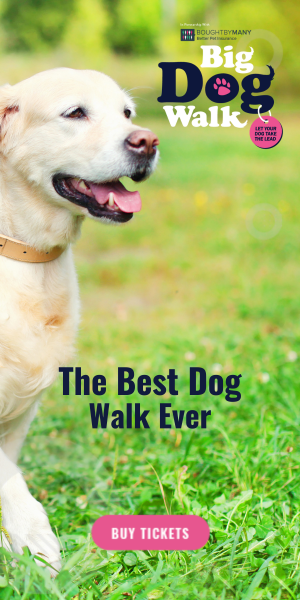 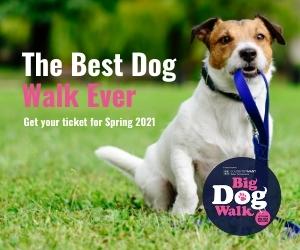 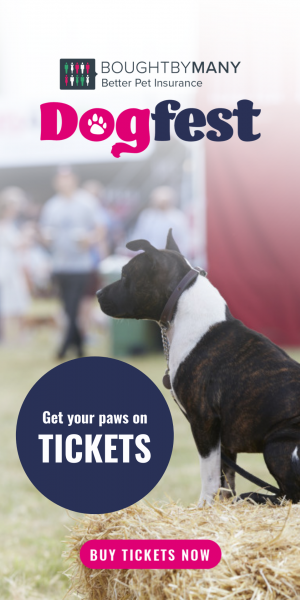 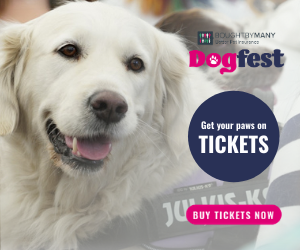