Honouring Hope - A Life Of Service for Brainy Dogs

Sadly, Hope passed away in this week of early November 2021. We at DogLife360 send all the love in the world to Sophie and all those that loved Hope.

Hi, my name is Sophie and I'm the owner of Hope, an amazing dog who in 2021 was a finalist for the Naturo SuperDog Award in the worker category. I also want to take this opportunity to tell everyone to hug your dog a bit closer tonight because you never know what is around the corner.

Let me tell you about Hope, and why she is so special. 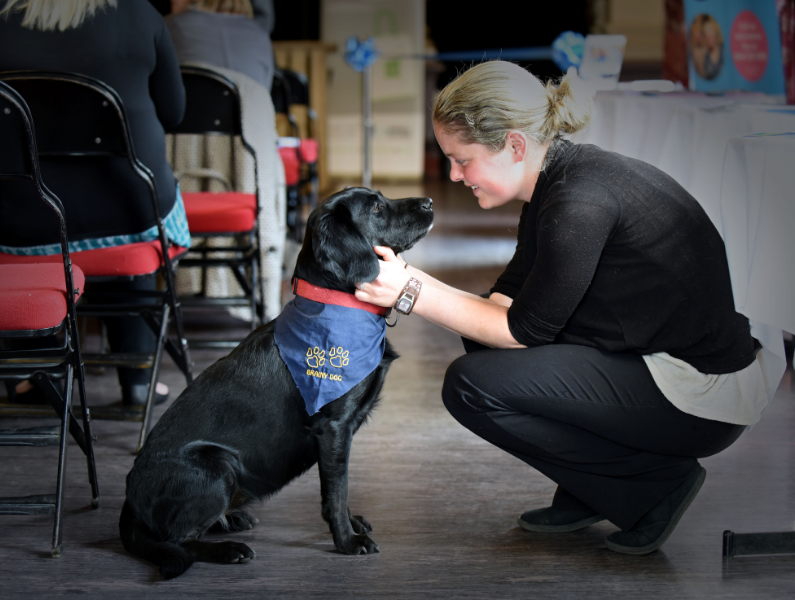 I bought Hope 9 years ago. She was the only pup left and was too quiet to be a working dog. In fact, I was told she wouldn’t amount to anything. How wrong they were!! I brought her home and immediately knew something was wrong. Initially, I thought she may be deaf, but it turned out she had a major infection in both ears. She was treated and recovered well. Luckily for me, she never lost her calm personality.

I am the coordinator of a scheme called Brainy Dogs, which operates under Headway Suffolk; a rehabilitation centre for clients with neurological conditions. I bought Hope because my 2-year-old dog at the time had just been diagnosed with Chiari condition; where her brain is too big for her skull. I was uncertain of her future and so needed a dog to train up to work alongside me. 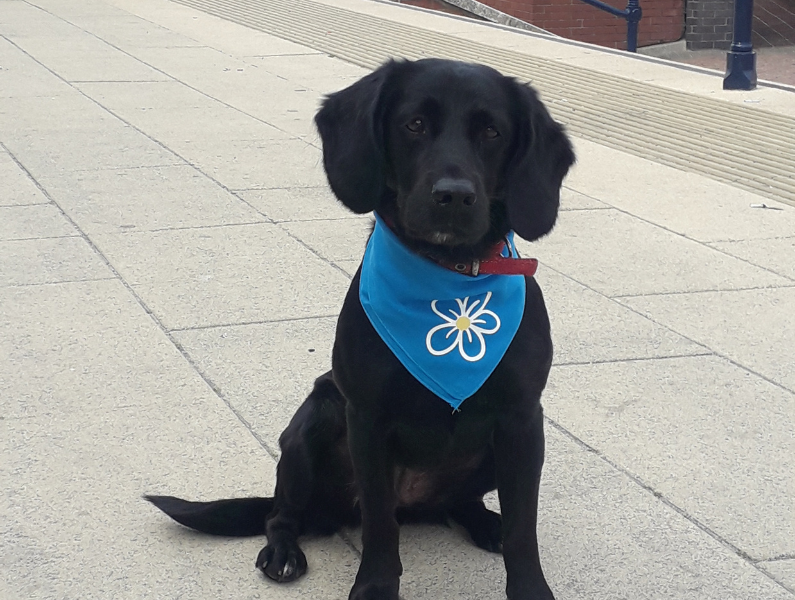 From day one Hope proved to be exceptional. Even as a young puppy she seemed to sense what the clients needed and would often sit with those who were upset or needed some comfort. As she got older, she just became perfect in every way. She would stand to be groomed, walk beautifully for those with poor balance and would play and do tricks for clients who were able.

READ MORE: Keep your Pooch Snug as a Bug in a Bathrobe

The Brainy Dogs scheme grew and we started to incorporate care home visits and deliver talks. Hope was never phased by any location or any situation and was always happy to show off. She has been the ambassador for Dementia walks and even met a few celebs- including Prince Harry. 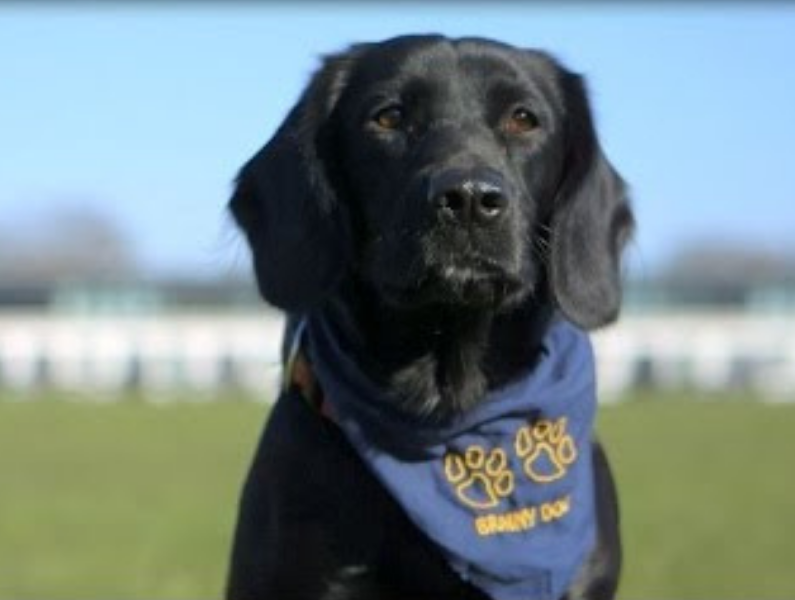 Brainy Dogs continued to grow and Hope was asked to work alongside prisoners, probationers, people with learning disabilities, mental health problems and children unable to attend mainstream education. She never put a paw wrong and obviously enjoyed her work with a passion. Her personality made her perfect for adapting to the different needs and she always knew who needed her most. Everybody loves Hope and I can’t describe how many people she has affected throughout her life. It was this that led me to write a book about her ‘Everybody needs Hope’ which can be purchased on Amazon. 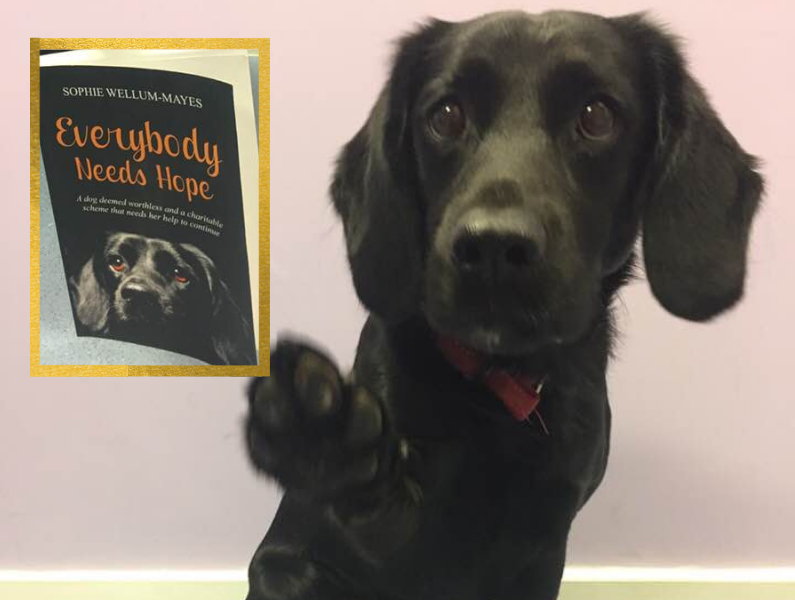 When I saw these SuperDog awards, I knew Hope had to be entered and of course, she made it through to the national vote. I was delighted when we were invited down to DogsFest to be interviewed so I could tell everyone how wonderful she is. ….. but then our whole world fell apart.

READ MORE: How Can I Calm my Dog?

Hope had been with me tending to the horses as normal and ran around spritely as ever. But when we returned home she was reluctant to jump out of the car. When she did, she yelped, and I knew something was wrong. The emergency vets thought it was a bloated/gas type problem and she seemed to perk back up. But over the next few days, she continued to deteriorate and was diagnosed with a suspected tumour. She was operated on and sure enough, she had a splenic tumour that had ruptured, causing severe internal bleeding- in fact, they removed over a litre of blood from her small body.

It's hard to believe she didn’t act or show anywhere near the amount of pain she must have been in. Even in the vet's practice she wagged her tail and wanted to greet a young boy who entered. She had her spleen removed along with the tumour and required a blood transfusion to help her heart cope. Two days later she was home and was returning to her happy self. But then, a phone call from the vets confirmed the news I had been dreading. The tumour was malignant and the cancer is an aggressive form that leaves my sweet, innocent dog with a very short time left by my side.

For two days I was beside myself with grief, with Hope trying to cheer me up in her usual loyal, giving self. So I have decided, whilst she is here, I will not grieve. I will enjoy the time she has left, spoiling her rotten. Every day we will do something she enjoys, whether that’s going to the beach or eating a steak!! Whilst I believe this world can be a cruel, unjust place, I owe it to Hope to put that to one side. She deserves all the love and attention she can take because, for the whole of her life, that's what she has delivered.

Hope will not be able to attend DogFest or the SuperDog Awards Ceremony in person but her doggy friend and colleague will try and do her proud.

So please, I urge you- hug your dogs a little bit tighter, as you never know what tomorrow will bring.

LEAVE A MESSAGE OF SUPORT FOR HOPE   a finalist in the Worker Category! 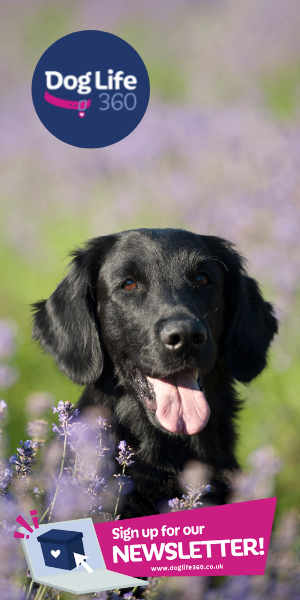 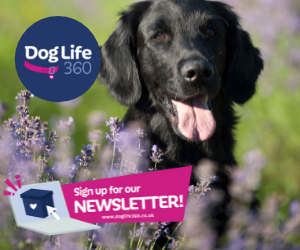 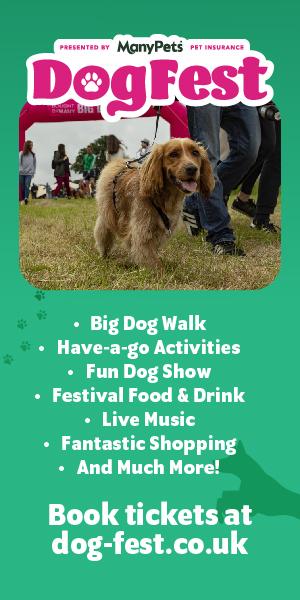 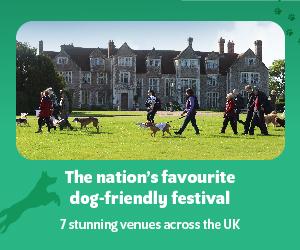