Many people would like to make a difference in our beloved dogs’ lives but one man unquestionably fits the bill: Jordan Shelley makes life better for dogs. That's why Jordan Shelley won the SuperDog Campaigner Award.

He has worked tirelessly over 10 years to create change for our furry best friends who do not have a voice. We took time out to chat with this inspirational guy and find out what keeps him going.

Jordan Shelley is an animal welfare campaigner, behaviourist and one of the directors at The FOAL Group (Focus On Animal Law). He founded and spearheaded the campaign to stop the rising number of cropped dogs in the UK by banning their importation, the last legal route to market that’s often used as a smokescreen for illegal cropping here in the UK. #FlopNotCrop.

Read More : SuperDog Nominee Ryder Wears his Joy on the Outside.

The campaign also lobbied Amazon to stop its US site from selling and shipping DIY ear cropping kits to UK customers and eventually achieved their complete removal of sale both here and in the states, a huge achievement and one Jordan himself couldn’t have anticipated when he began this campaign. Thanks to him hundreds, if not thousands of dogs will now be spared this barbaric practice. As well as Amazon, e-commerce sites OnBuy and YNR Instruments removed the products from sale after being lobbied, eBay was very fast in responding with an easy track to report products so they are removed and AliExpress stopped all UK shipping on cropping products.

The campaign also aims to stop the normalisation of cropped dogs in the media by ensuring companies and celebrities that were sharing images on social media or using them in advertising understood the damage they were doing to perceptions of an illegal painful cosmetic mutilation.

From Jordan’s first campaign post to the ban becoming adopted as government policy that they have until June 2022 to implement, took 10 months. Jordan insists none of this would have been possible without great colleagues, an extensive collaboration of organisations and individuals to whom he says he will be eternally grateful.

Where has your love of dogs come from?

I’ve always loved all animals really, my mum says I was four when I brought home my first stray animal. It was a little kitten that I strategically raided all the meat out of our fridge to befriend and from that age onwards she doesn’t remember a time I wasn’t attempting to rescue every stray dog, cat or injured bird that we’d pass. Over the past ten years, I’ve fostered over three hundred dogs and couldn’t imagine life without dogs around.

Have you always had dogs?

I’ve not always had dogs but have fostered for the holidays since I can remember! My first dog Max I rescued at 17 he was the funniest scruffiest little terrier, he was nicknamed the Wobbly Dog because of an intention tremor that was a result of damage to the cerebellum from a previous not so nice life. He was my shadow for 9 years and travelled all of Europe in my backpack, he was the bestest of friends.

How many dogs do you have now?

I have three dogs as well as a myriad of other rescue critters. I must admit the house does seem quiet after going from five dogs to three recently and I wouldn’t be shocked if it’s not long before we’re joined by another!

How do you think dogs impact our lives?

I guess they all impact our lives differently... My dog's constant unwavering companionship helped me through some of the darker moments of loss and grief in life as a teenager and young man and I have met some of my closest friends through my dogs and my work with dogs all of whom have had a huge impact on my life. 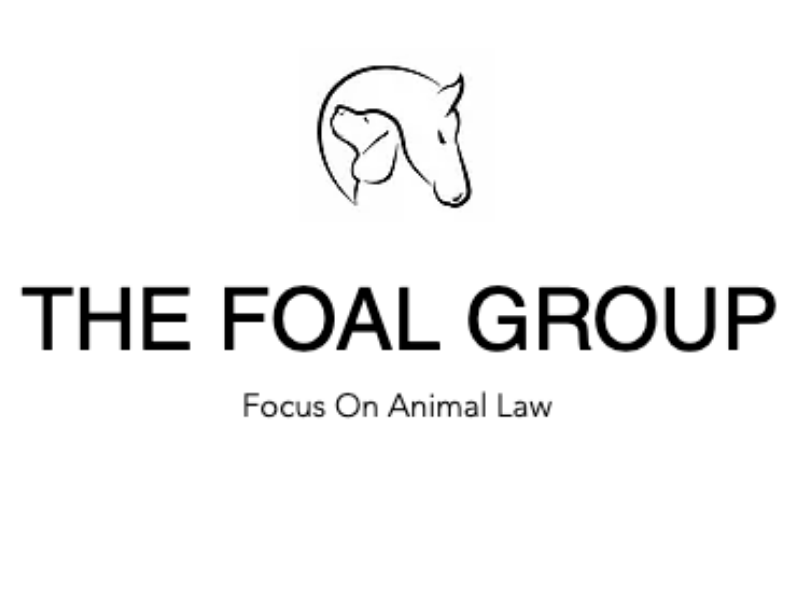 Are there any up and coming projects you hope to shine a light on?

There aren’t any specific projects as such however over the course of this campaign I have become aware of the proliferation of protection dog companies and I hope to shine a light on the lack of regulation in the protection dog industry. It is absurd that there is no national licensing scheme regulating these companies nor are there any criminal background checks which must change.

It’s crazy to think any person or company could churn out weaponised dogs into society and they can be given to anybody without any suitability checks, this whole industry is something that needs to be looked at in much greater detail from a regulatory perspective.

What are your plans next?

If I’m being completely honest my next plan is to take some time away from work to focus on turning a double-decker bus into a tiny house and moving my menagerie and smallholding from the New Forest to pastures new. I’m pretty sure this is going to keep me busy until the end of the year but I will keep an eye on the progress of the ear cropping legislation and the progress of other campaigns I support and will be there to help/comment/support when needed.

Read More : Review of Noel Fitzpatricks book How Animals Saved My Life, being a Supervet.

What keeps you going with this campaigning work?

This ear cropping campaign was very much motivated by my love for my dog Earl Grey who passed away recently. He was a big handsome lump of a dog, an American Bully that I rescued, he’d had his ears hacked off with the kitchen scissors. It was knowing the suffering he went through while seeing the vast increases in cropped dogs appearing in advertising, on social media, in my training classes, in my local town and the never-ending reports from veterinary colleagues about the increasing numbers they were seeing in their clinics that spurred me on.

To think a procedure that has been unlawful in England for over a hundred years and has been illegal since 2006 was slowly creeping back through society and being normalised was shocking, I knew we had to close all remaining loopholes and nip the trend in the bud before the normalisation of this abhorrent procedure hit the point of no return.

How can the public help?

Although the petition has hit 104,952 and has already been debated in parliament it is still open to signatures until the 24th of August so people are welcome to sign and show their support. I would also ask the public that if they see companies or celebrities/influencers sharing images of cropped dogs on social media to ask them not to. Don’t do anything silly like approach people in the street and say things but do call it out online as this is the one way we will stop the normalisation of this barbaric cosmetic procedure and will aid the important process of education.

Honouring his amazing work striving to make life better for dogs, Jordan has been nominated for a SuperDog Award.  You can vote for him here to help him reach the finals.

Read More: Support Jasmine's Law - A Pet In Every Home