Beautiful little Mae attended the SuperDog Awards Ceremony as a finalist in the Companion category and her proud mum, Helen Jones, tells us her story. 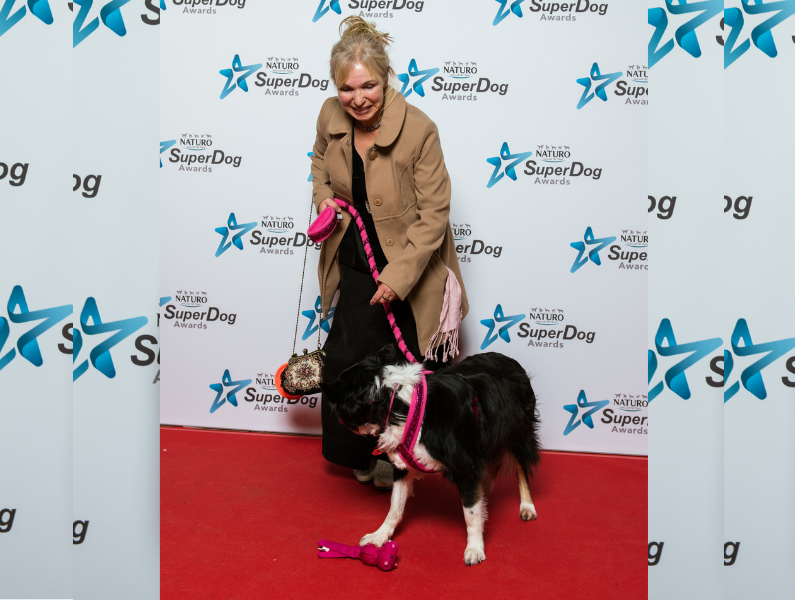 I thought it might be nice to tell of how Mae came to be with me. I surely believe in fate. I have 3 wonderful dogs now - Bonnie my old girl a black labrador, Mae, and my very naughty youngster, Merlin, the lurcher - all rescues.

When I got Mae, I had actually not intended on getting another dog and becoming a multi-dog household!  I had Bonnie, who was 3 in 2012 and I was walking her in the local Groves. I bumped into another dog walker who normally only had 2 collies but he was also walking this small sheepdog. I had to ask about her and he told me that this was 'Faye', a sheepdog he had learnt was going to be destroyed by a local farmer as she was 'untrainable' and not interested in working sheep.

He had rescued her and was fostering her until she was going to a local rescue in Llandrindod Wells in a couple of days time. I couldn't help thinking about this poor mite when I went to work at the local library that morning. I knew I had to have her but I didn't know how to get in contact with the gentleman.

Fate stepped in, in the form of the gentleman's wife! She sometimes walked with her husband so I recognised her when she stepped into the library.  I was at the counter when she arrived in the first half-hour of opening. I begged her to let me adopt Faye. She said she would speak to her husband, she knew he wanted Faye to stay local. He couldn't keep her himself having recently taken on a rescue collie with extra needs. He was delighted that I wanted her, Bev and Mike are now good friends of mine. 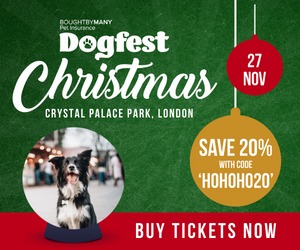 Mike convinced the Mid-Wales Rescue that I was the right person - they'd already gotten someone lined up in North Wales!  They had to trust Mike was doing the right thing as they didn't officially have Faye signed over to them yet. I have subsequently updated the Rescue as to how Mae is doing :)

As you may have noticed, I also changed Faye's name to Mae. A new beginning, it was also my Nana's name. Because of Mae, I got into agility training - she was very good at it and if she'd had an experienced handler, she would've no doubt gone through all the grades all the way to Champ.  I'm really proud we nearly got to G6 (there are 7 grades plus Champ) and more importantly, it was Mae and my journey - ours together. Unfortunately, due to Covid, all shows were cancelled last year and I made the decision to retire her from competitive classes.

Mae gave me the agility bug which is why Merlin joined the household. He was supposed to be a collie puppy but because he's a rescue, these things have a funny way of turning out and he is a nutty lurcher instead!

Mae takes her duty of being the Fun Police to Merlin and even Bonnie - who is now nearly 13 but thinks she is still 3 at times - very seriously! I had to include a photo of all of them because although this is about Mae, all three of them are super dogs to me.

Read more about Mae and that she was nominated for the SuperDog Awards for her amazing ability to help others.

10 Safety Tips For Pets This Christmas 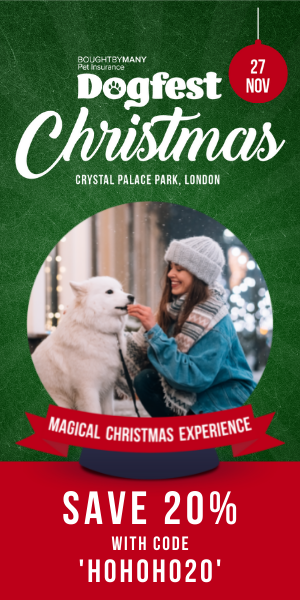 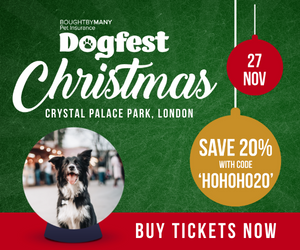