Hale the survivors! Read about ten extraordinary dogs who have overcome trauma, going from victim to victorious and now leading their best lives.

We've been following the incredible stories of the Naturo SuperDog Awards nominees with delight, humbled by the deep and abiding bond between dogs and their humans. The nominees in the survivor category have left us truly humbled and in awe not only of their strength and determination to survive difficult circumstances but also their willingness to overcome fear, to love and build bonds with humans

Here are seven inspiring stories of the valiant fighters nominated in the Survivor Category of the Naturo SuperDog Awards.

1. Mouse - saved from the rubbish dump 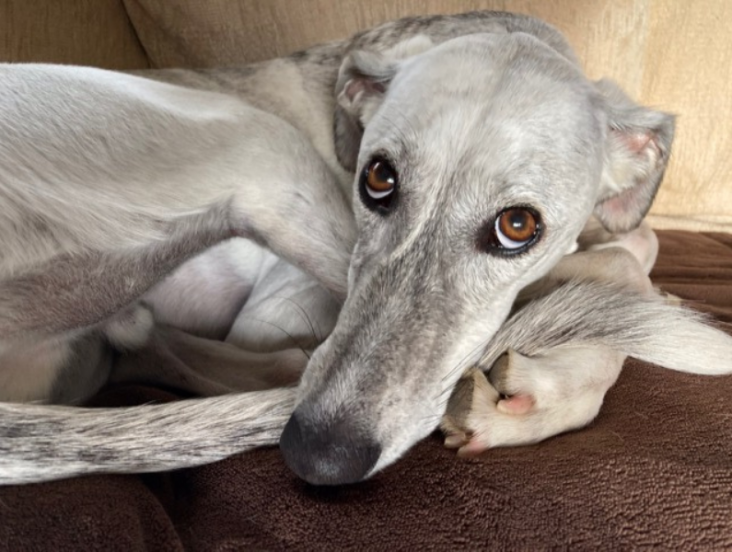 Mouse is a very good example of a dog with a will to survive. A good Samaritan found Mouse and his two siblings when they were just tiny puppies in a rubbish tip and took them to a rescue centre.

Mouse was worse for the wear and had to be rushed to the vet where he underwent numerous blood tests, X-rays and exploratory surgery to try to find out what was wrong with him. His stomach was full of bits of plastic and he was diagnosed with coccidia. He was placed on intravenous fluids as he wouldn’t eat or drink. He didn’t respond to treatment and his veins were collapsed, meaning it was becoming difficult to maintain his drip. He was eventually discharged back to the rescue centre where it was thought he would just fade away if he couldn’t be persuaded to start eating and drinking.

Thinking that nothing could be done for Mouse, he was booked to be euthanased three times but every time something in his eyes told the vet that he was not ready to go.

Finally, Mouse took his first sips of water and found a wonderful, dedicated and loving foster mom, who nursed the little pup back to health with hourly feeds.

With lots of physio, massages and loving tender care Mouse’s muscles developed and he could finally walk without assistance. Today Mouse is a strapping big lad and living proof that you should never give up!

LEAVE A MESSAGE FOR MOUSE 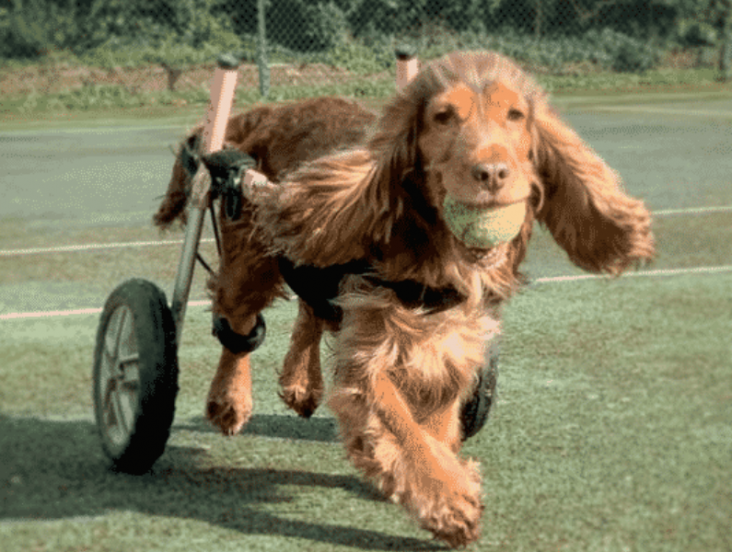 Another survivor with a great story that pulls at the heartstrings is Phoebe. This poor fur baby survived 12 years at a puppy farm where she had to produce Cocker Spaniels for her owner and eventually also Cockapoos.

Thankfully, the RSPCA stepped in and rescued Phoebe and 40 other dogs from the puppy farm and Phoebe ended up in a loving home - first as a foster and later becoming part of the family.

Due to all the years of birthing puppies, Phoebe became paralysed. She was emaciated, covered in urine burns, had a raging ear infection and suffered from severe anxiety.

With lots of love and care from her foster family, Phoebe recovered like a champion. She has blossomed with love in her life and has become a TV star creating awareness of the problems associated with puppy farms.

LEAVE A MESSAGE FOR PHOEBE 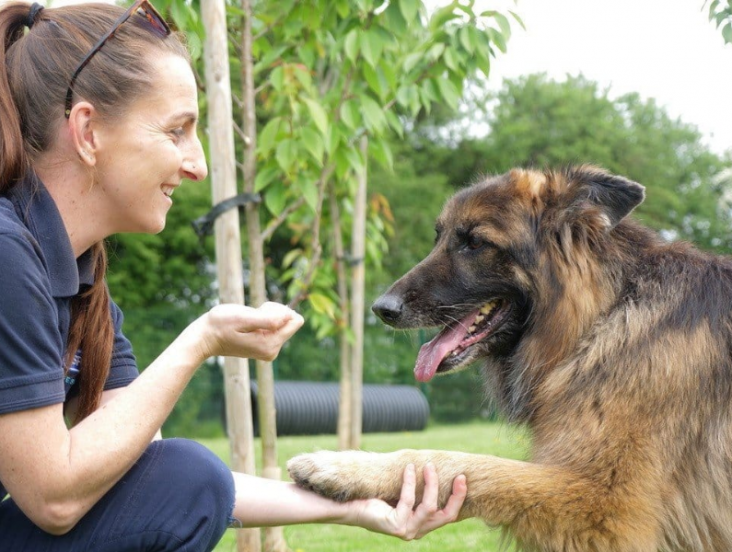 Bella was rescued from the River Trent on a cold January morning in 2020. Tied to a boulder in a deliberate attempt to drown her, she was dumped in the middle of the night and left to perish.  After she was rescued, Bella was cared for at the RSPCA Radcliffe Animal Centre for 14 months while the case was under investigation.  The case was eventually concluded in court with the sentencing of her owner in March 2021, which meant that Bella could finally be re-homed.  Beautiful Bella has been adopted by a loving couple who have helped her heal. She is now enjoying playing in the sunshine and has become a much-loved member of their family.

LEAVE A MESSAGE FOR BELLA 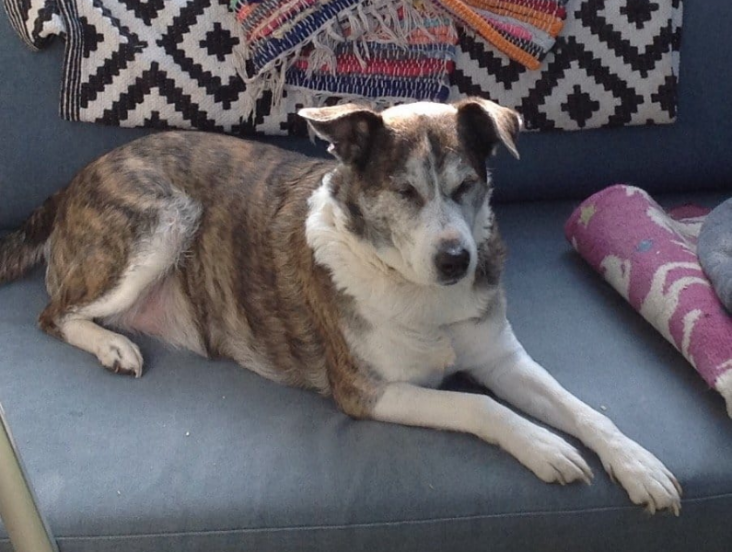 Very little is known of what this brave pup went through but Hope was saved when a lab technician in Albania made contact with a charity in that country.  All that is known is that she was used for research in a lab and when she would not cooperate the plan was to put her to sleep.

With the help of Unite to Care, Hope was brought to the UK and placed in the loving care of her new family. It was clear when she arrived that she has been through trauma. She was afraid of everything, she had a sadness around her and would shut down.

The family’s long-time fur baby, Gem, played a very important role in showing Hope the way forward and they became the best of friends.

Hope is now a much-loved family member and has gained confidence. Her new owner says she remembers a breakthrough moment when, after Hope’s third month being with them, she let her off the lead and she ran like the wind, around and around with a smile on her face. She knew she was free, loved and safe.

LEAVE A MESSAGE FOR HOPE

PARTNER POST:  Dog Skin Allergies: What You Need To Know 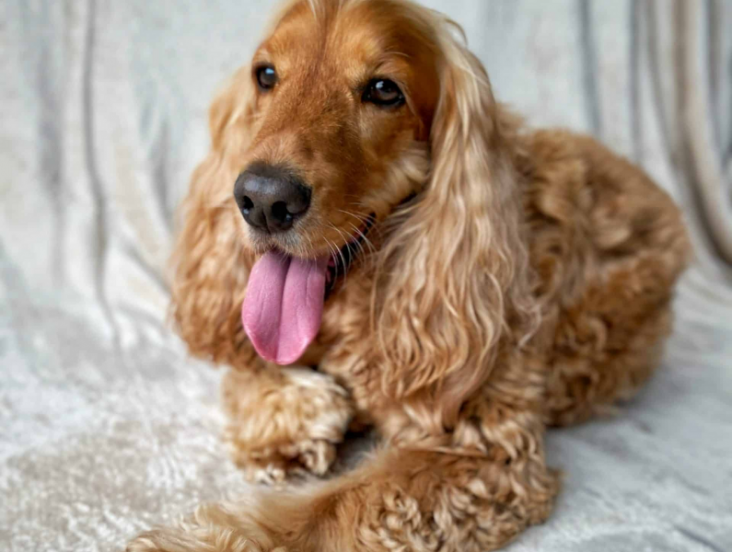 In October 2020 Hugo, at the young age of four, was diagnosed with Oral Melanoma, a form of cancer of the mouth. Hugo’s family was given the heartbreaking news that the cancer was aggressive and he was given a terminal prognosis.  But Hugo has beaten the odds. He has undergone four operations including one to the remove part of his lip. Through all of this, the little pup has remained positive and happy and is now on the road to recovery!

LEAVE A MESSAGE FOR  HUGO 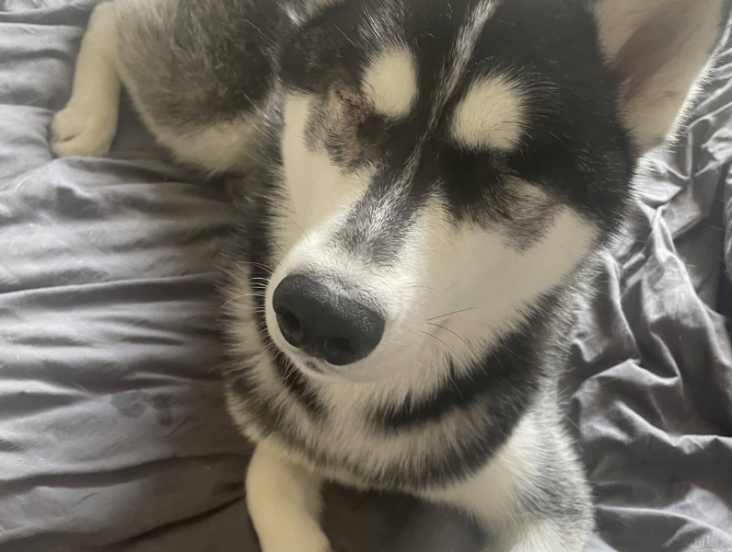 Loki was diagnosed with chronic glaucoma at only six months old. The disease took his left eye instantly, with the right eye going blind shortly after. Now at only 11 months old, Loki is completely blind and has had both eyes removed but is still a super happy dog who doesn’t let his disability stop him!  Loki is very brave and is handling his blindness with a spring in his step! He is living proof that blind dogs can still live happy lives.

LEAVE A MESSAGE FOR LOKI

READ MORE: Does Your Dog Love A Belly Rub? 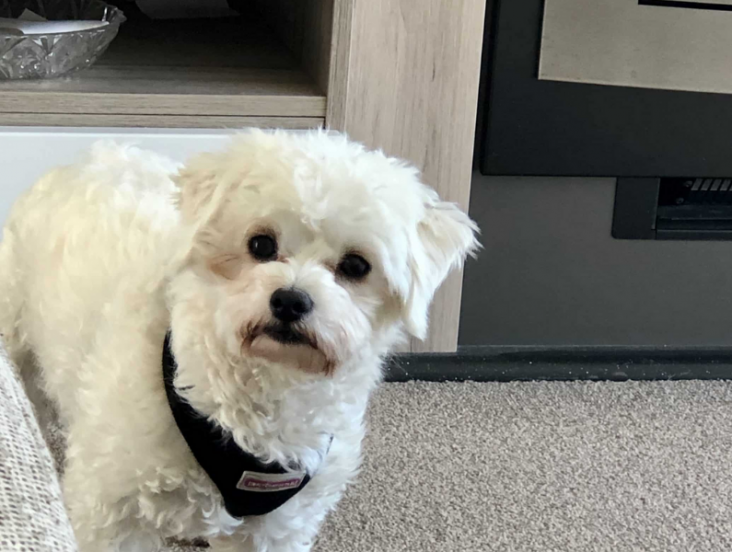 In October 2018, Poe, a tiny six-month-old Bichon cross Maltese, was removed from a puppy farm by the charity Friends of Animals Wales after suffering horrendous abuse.  He was terrified of humans. and was so badly traumatised that it was unclear whether he could ever be rehabilitated. He spent the first two months in his first foster home hiding under a table and remained dangerously underweight. He seemed to have given up.

Then he moved to a new foster home with two calm and confident Cavachons and a dog-savvy cat.  He was given a safe place to hide and for several months only came out at night when there was no one around. His foster family was patient and did all they could to minimise his stress but it was the dogs and cat who helped him turn the corner. After some months Poe began to show interest in them and very gradually, began to interact with them. It was a long, slow process to gradually building confidence and when his foster family took on another very sick young pup, Poe took on the role of Big Brother. It is still a long and challenging rehabilitation process, he may never be a ‘normal’ dog but he continues to make progress and, now going on walks, he carries a much-loved toy in his mouth.  He now even takes a treat from his new owner’s hand. He's loving life in his own way.

LEAVE A MESSAGE FOR POE

READ MORE: Keep Your Pooch Snug As a Bug In A Bathrobe